Social casino game maker Murka Games has expanded its reach with the acquisition today of Mobile Deluxe, a maker of Solitaire games.

The terms were not disclosed. With the backing of private equity firm Blackstone, Murka has grown in social casino games in the past few years, breaking into the top 10 worldwide social casino game companies in terms of revenues.

This is another significant move towards growing Murka’s presence in the casual genre in addition to the existing social casino offering. While based on cards, Solitaire games are solo titles that are considered casual titles with a different audience than social casino games, said Murka CEO Barak David in an interview with GamesBeat.

While Murka’s market share in social casino games is small compared to leaders like Playtika, David said the company still has a lot of opportunity to grow.

“We are still developing new social casino games in slots and more areas, but we decided about a year ago to diversify into casual,” said David. “We opened our casual division that started with one person one year ago and today it’s almost 70 people. And we started developing skill-based games like Braindoku.”

Murka (with its headquarters in Cyprus and operations in Kyiv, Ukraine) was started in 2011 and created social casino games such as Slots Journey, Slots Journey 2, TX Poker, S&H Casino, Vegas Slots, Royal Fortune Slots, Bubbla Cadabra, and Scatter Slots. When Murka Games was acquired by private equity firm Blackstone, it operated exclusively on a social-casino market, being in the top 10 social-casino developers in the world.

Since then, Murka has augmented its strategy to also producing several successful casual titles like Braindoku and Wordelicious, which helped to diversify the portfolio of the company and increase the knowledge in ads monetization.

Santa Monica, California-based Mobile Deluxe has a leading solitaire game, Solitaire Deluxe 2. The Mobile Deluxe team has achieved high retention and more than 50 minutes session duration. Murka hopes to help it grow with its expertise in marketing and user acquisition. Mobile Deluxe has about 20 people, while Murka has grown to 600. Murka has opened offices in Bulgaria, India, and Israel. 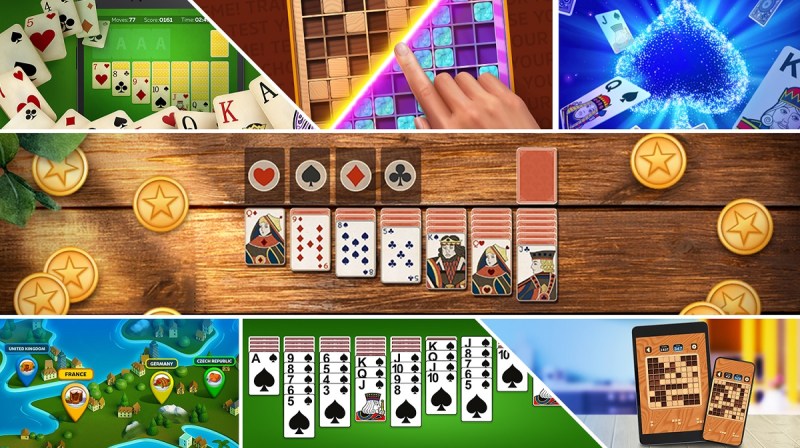 The acquisition has increased Murka’s daily active user base to over a million, with a substantial portion now coming from the casual games portfolio. Besides the potential for MDX’s games to grow, Murka can also improve its cross-promotion initiatives, including the U.S. presence of Solitaire Deluxe 2.

Murka plans to continue to grow both organically and through new acquisitions. Most of Mobile Deluxe’s revenue comes from ad monetization.

“We’ve started our expansion with this acquisition and we are currently exploring more opportunities in the field in addition to this deal,” David said.

Mobile Deluxe, meanwhile, continues to come up with new kinds of Solitaire games.

“We have good momentum and good people in the company and we’re doing big things,” David said. “We see ourselves as a very strong entity.”