Primer, a London-based payment automation platform for merchants, today announced that it raised $50 million in series B funding led by Iconiq Growth with participation from Accel, Balderton Capital, Seedcamp, Speedinvest, and RTP Global. The proceeds from the round, which value the company at $425 million, will be put toward international sales growth and product development, cofounder Paul Anthony says.

Automation presents an opportunity for enterprises that are struggling with pandemic-related digital payments headwinds. A recent survey of financial decision-makers shows that many expect automation to earn a strong return on investment for their organizations. Eighty-four percent believe that automation could reduce error rates, while 81% believe it could reduce costs. In fact, according to Thomson Reuters, 78% of companies predict that all the future accounting methods will be automated.

Primer, which was founded in 2020 by former Braintree colleagues Anthony and Gabriel Le Roux, allows merchants to plug in third-party payment solutions with one-click connections and integrations. Using the platform, companies can define logic with a drag-and-drop workflow editor to create checkout experiences that automate previously manual processes.

“Our past experience at [Braintree] running hundreds of deep-dive technical workshops with some of the biggest online companies — like Uber, Spotify, and Airbnb — gave us unique insight into the deeply rooted technical fragmentation that exists in global payments. During that time, we identified that there’s never been one single framework or infrastructure that helps merchants keep up with all the changes and new services out there,” Le Roux told VentureBeat via email. “We created Primer in clear and direct response to this huge problem. Without exception, every merchant we talk to is planning to expand their payments stack in the near future. Among top use cases we see for include internationalization, flexibility, and performance — for instance, adding local payment methods together with an underlying local payment processor to support higher performance in a new market.”

In the past decade, the merchant space has increasingly shifted from paper to digital payments. While this is advantageous in the sense that digitization can ease compliance, for example, the high volume of transactions has placed a strain on retail. Thirty-five percent report high processing costs as a major challenge with traditional payment methods, as it costs a typical organization nearly $8 to process a single supplier payment, Deloitte says.

Automation has the potential to alleviate some burden, with Vanguard reporting that businesses save $16 per invoice or more via automation alone. According to a PYMNTS study, “highly efficient” departments implementing automation spend an average of 2.9 days processing invoices at a cost of approximately $2.18 per invoice.

“The trends to buy more and make more frequent purchases online were already growing fast before the pandemic, but [the pandemic] has accelerated those growth curves in every corner of the world. Not only is there more traffic and commerce happening online, but consumer expectations … are becoming louder and more sophisticated than ever,” Le Roux said. “Where it’s providing better checkouts, offering more payment methods, or integrating new channels … it’s a critical time for brands to keep up and stay competitive. With teams established and merchants live across Europe, Asia, and North America, we’re primed to use this [latest] investment to expand our already global footprint.” 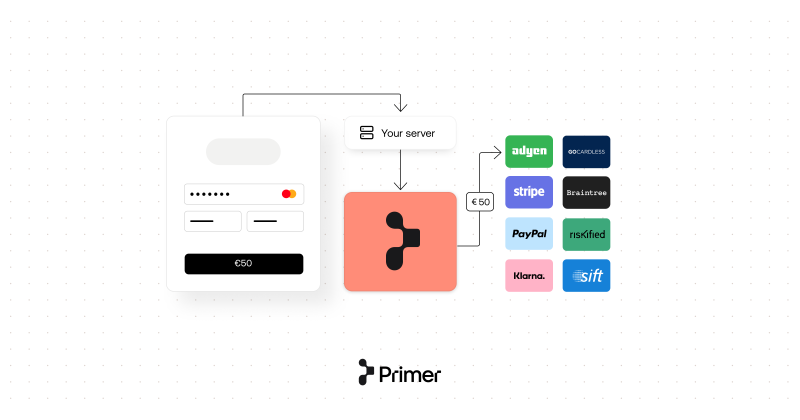 Primer also hosts a distribution channel for payment services that lets developers build connections on Primer. Merchants can click and connect to the services to build payment flows within their dashboard, requiring no additional code. Live connections include Checkout.com, Stripe, and WorldPay, as well as early adopters Klarna, Riskified, Parkopedia, Freddie’s Flowers, Kilohealth, and GoCardless.

“Our goal is to become the biggest enabler for commerce. We’re doing this by allowing merchants to consolidate their payments stack to a single checkout and integration, and build complete end-to-end payment workflows for the first time with an intuitive drag-and-drop interface that just works. For third parties, they can avail their services on Primer to be availed on the checkout and in workflows with no additional code,” Le Roux added. “We’re also building an incredible observability platform for payments. [W]ith our … reporting and analytics across the checkout and payments stack, merchants now have … visibility so they can make better decisions as to how to manage and optimize their payments in order to increase conversion and improve payments success.”

Currently, Primer — which has raised $74 million to date — has 70 remote employees across 20 countries. By 2022, it expects to triple the size of its workforce.