Y42, a platform that enables anyone in a company to build an enterprise-grade data stack with minimal coding, has raised $31 million in a series A round of funding led by Atomico and Insight Partners.

The value of combining data from across various SaaS applications, such as CRM, marketing, and product analytics, is well understood — pooling sources might generate new consumer purchasing trends that would otherwise be difficult to garner with the data kept in their original silos. And companies seeking to do just this have no shortage of tools at their disposal, from data integration and transformation tools such as Fivetran, through warehousing solutions like Databricks, BigQuery, and Snowflake, and onto business intelligence and analytics platforms such as Tableau or Google’s Looker.

However, building this end-to-end stack requires a great deal of technical know-how, and multiple subscriptions to various service providers soon add up. This is where Y42 comes into play, by combining what it calls the “power of an enterprise-level data stack with the simplicity of a spreadsheet.”

“Y42 is the first scalable full-stack data platform that anyone can run,” Y42 founder and CEO Hung Dang told VentureBeat. “No coding is required at all — anyone feeling comfortable with Excel can run Y42 as a data platform.”

Founded out of Germany in 2020, Y42 had previously raised around $3 million, and with another $34 million in the bank the Berlin-based company said that it’s well-financed to build out its core platform and bolster its headcount.

Aside from the co-lead backers, seed investor La Famiglia and Data Community Fund also participated in the round.

Well-established data integration players such as Fivetran are great at what they do, but they require users to stitch together multiple services to get a full end-to-end platform spanning ingestion all the way through to reports and analytics. Y42, for its part, sports more than 100 pre-built connectors to integrate data from myriad apps and databases; data modeling through a no-code or SQL interface (for the more technically minded in the workforce); data orchestration to connect the right data sources, models, and automations; and data visualizations via dashboards and charts. 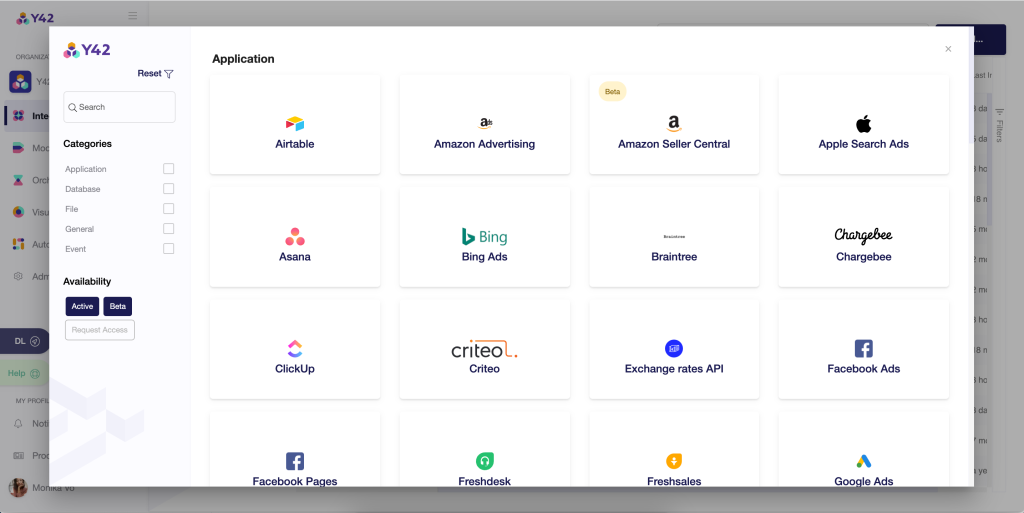 So for example, if a company wants to discover the cost of acquiring a new customer, they would use Y42’s plug-and-play connector for their marketplace(s) of choice, such as Shopify or Amazon, and connect data from their marketing channels such as Facebook or Snapchat Ads. Then, they would need to merge and transform this data so that it’s all in the same format and ready for analysis, with Y42 creating visualizations around whatever metrics the user defines — such as customer-acquisition cost per marketing channel,  or new and repeat revenue.

And on top of all this, users can configure Y42 to automatically update the models to factor in fresh data, which ensures the dashboards and reports are always up-to-date. 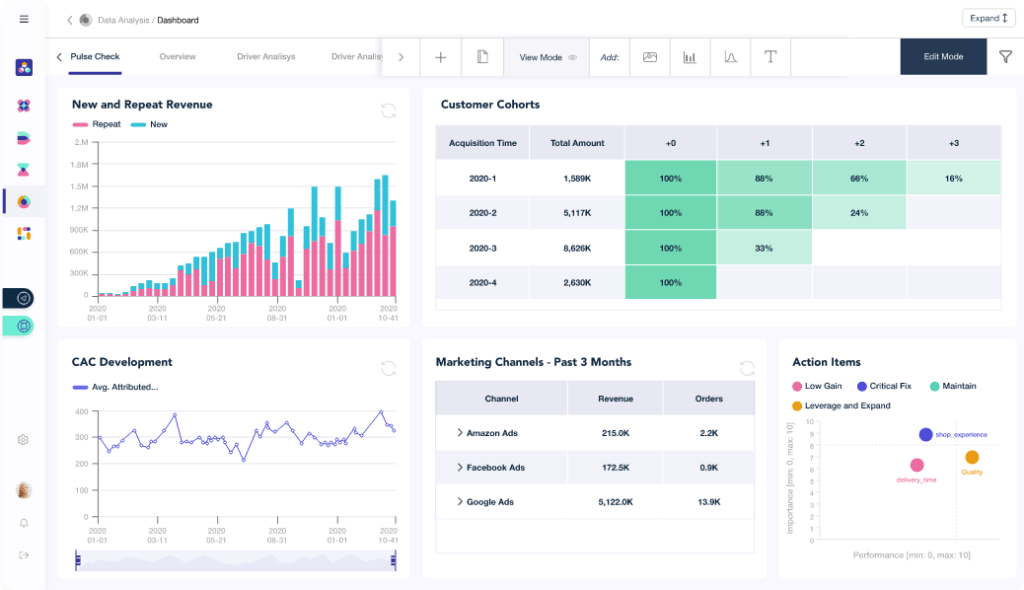 From disruptors to disrupted

There are other “holistic” data platforms out there, such as the now Salesforce-owned Datorama; Qlik, which Thoma Bravo bought for $3 billion back in 2016; and publicly traded Domo, which has tripled in value to emerge as a $3 billion company in the past 12 months. As is common in the technology sphere, however, the disruptors are now themselves being disrupted.

“To frame the landscape somewhat, these ‘legacy’ companies come from a pre-cloud data warehouse era,” Dang explained. “Y42 uses similar design principles, like the ‘modern data stack,’ which builds on top of cloud data warehouses such as Snowflake and BigQuery — except that we offer one integrated solution instead of paying for a range of disparate tools.”

So who is Y42’s typical end-user? In truth, it’s more likely to be companies that are “starting out on their data journey,” according to Dang, meaning smaller companies. However, he noted that as the company has grown, they’re seeing more interest from an enterprise segment looking to consolidate a range of different tools into one easy-to-use platform that everyone in a company can use. Among these customers are Nasdaq-listed health care company LifeMD.

Y42 offers three core pricing tiers, from “startup,” which begins at $549 per month for five users and 15 data sources, through “growth,” which starts at $1,099 a month for 10 users and 50 data sources. A bespoke “enterprise” offering is also available, which unlocks unlimited users and data sources, and ushers in a handful of additional premium services.

“We lower the barrier to entry to effective data usage for 99% of the companies out there by removing the need to maintain complex data infrastructure — and, thus, needing to hire many data engineers,” Dang said. “Until now, companies have often been stuck with ‘spreadsheet hell’ or very limited analytics tools until they are big enough and have the resources to hire a proper data team to stitch together a scalable modern data stack. Y42 is the natural choice for any company starting out on their data journey, as we enable them early and scale with them.”